Home
Around The Web
Beyond Bitcoin 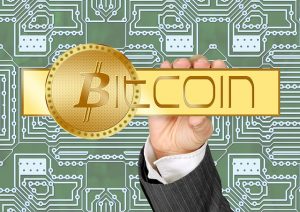 I’ve written a number of times about the perils of ransomware and Bitcoin payments, but as we usher in the New Year, tracking down nefarious activities of cybercriminals is getting harder by the day. Why? The dark web “underbelly” has diversified because Bitcoin brought with it some unique liabilities, given its popularity.

The bubble that we see with Bitcoin is forcing price changes too frequently, sometimes more frequently than daily, and often as much as hourly.

Of course, certain players are still sitting on large stockpiles of Bitcoin, but as this cryptocurrency becomes increasingly volatile, other cryptocurrencies are gaining favor, like Ethereum, Monero and Zcash. As with any cryptocurrency, price fluctuations be make investors rich very quickly, or just the opposite, and so the dark web has adjusted, prompting law enforcement agencies to up their game.

First, Bitcoin doesn’t offer full anonymity, so cybercriminals are not locked into it, and instead have begun to focus on other forms of cryptocurrency, more to their favor.

Monero as an alternative cryptocurrency

Conversely, Monero has gained popularity because it features additional privacy features and enhanced security. What this means is that transactions (and transaction histories) can’t be traced to a specific address or user. Privacy is a cryptocriminal’s best friend.

Monero has been around for almost 4 years, but it’s just now gaining traction, and ransomware victims are beginning to see demands for payment with it versus Bitcoin. This simply makes the job of law enforcement agencies that much harder.

What we’ve seen cross-industry are corporations and organizations buying Bitcoin to be prepared for ransomware attacks, but as new cryptocurrencies are coming onto the scene, will they stockpile them as well, or be forced to reformulate their disaster recovery contingencies? I think at this point, they’d be better off looking in other directions as these attacks grow in sophistication.

Is Europol concerned? You bet they are!! As organized crime moves toward increasingly more difficult cryptocurrencies to trace, it puts more and more companies and organizations at risk.

Beyond Bitcoin moving into 2018

2017 was a banner year for cybercriminals as nearly all threat assessments conclude that Bitcoin remains the key enabler for their conduct across the World Wide Web.

In addition to Monero, here comes Zcash, another cryptocurrency that has drawn favor with cybercriminals. Why? Anonymity!!

Law enforcement agencies are being put to task

It’s no wonder that these criminals are beginning to ditch Bitcoin, simply because law enforcement was beginning to catch up with their tactics and break through their wall of anonymity. When these guys started getting caught, the word spread that they needed a new approach, and so law enforcement agencies are being put to the task once again in their never-ending quest to reign these criminals in.

State sponsored hacking groups like those working out of North Korea have already reportedly stole Monero from a company in South Korea as recently as last summer. 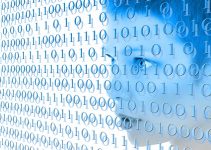 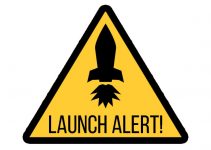