Most providers saw the rise of PCIe NVMe storage coming years ago, really only slowed by prohibitive early-on pricing barriers. Storage technology has advanced by leaps and bounds over the last ten years or so, with PCIe NVMe breakthroughs leading the charge.

Price point versus the demand for performance

Some background on communication protocols

NVMe can use PCIe as its electrical interconnection, enabling interface speeds of up to 1GB/s per client lane. PCIe connections are designed with one or more serially connected lanes, each consisting of two pairs of wires (transmit and receive), plus bandwidth can be scaled x16 on a single device.
NVMe was born from a consortium of vendors who developed a standard driver they could all adopt and support. As a result, it delivers improved performance and is extremely compatible. Best case scenarios for NVMe are use in Artificial Intelligence (AI), relational databases and high I/O computing.

While HDDs and SATA are confined to one command queue, PCIe communicates directly with the system CPU rather than to a SATA controller. What does this mean in terms of performance? If you thought SATA SSD was an improvement over HDD, today’s PCIe NVMe solution is up to ten times faster, plus it includes power failure protection.
NVMe supports 64,000 commands in a single message queue and a maximum of 65,535 I/O queues. By contrast, a SAS device typically supports up to 256 commands, and a SATA drive supports up to 32 commands, in one queue.

As specifications go, NVMe doesn’t stipulate usage models, as in solid-state-storage, main, backup or cache memory. What it does is offer an alternative to the SCSI and ATA standards for connecting and transmitting data between a peripheral target storage device and a host system. According to TechTarget, “the resulting benefit is reduced latency in the host software stack, plus significantly higher IOPS (input/output operations per second).” Depending on the form factor utilized and the number of PCIe lanes in use, PCIe NVMe SSDs can potentially lower power consumption.

Not all NVMe SSDs are created equal, so selecting vendors on the basis of cost can result in lower endurance and performance. As always, customers should seek to understand what a specific solution offers and how that matches their requirements.

Is the expense of transitioning justified based on the performance requirements of the application workload? In contrast to HDD or SSD solutions, PCIe NVMe applications are geared for performance.

Where does PCIe NVMe excel?

It dramatically outperforms SSD in sequential read, sequential write, random read IOPS and random write IOPS. If your organization runs I/O intensive operations, this difference will be instantly noticed by your consumers.

When I contract for web development services, a good number of prospects tell me they want their new websites to have that WOW factor. They want their site to POP. Add that Google uses site speed in its ranking algorithms, you’ll also rank higher in SERPS by default. It’s a win-win for your clients and your organization.

Here’s the kicker. NVMe can run in SATA mode and some providers will advertise their NVMe solutions without telling you whether their drives are PCIe based or SATA based. There is a difference, and if you’re shopping for performance-based solutions, this is a query you should ask of potential web hosting providers. Under-performing NVMe devices may be running on a SATA interface.

SATA is a protocol that was developed primarily for HDD devices and while it’s a protocol still widely used, it’s not the future of web hosting, rather rapidly becoming the past, much like vinyl records.

We’ve been in the web hosting industry for over a decade, helping hundreds of clients succeed in what they do best and that’s running their business. We specialize in Virtual Private Servers (VPS) and dedicated servers, with data centers in Los Angeles, Utah & Singapore.

Latest posts by Steve (see all)
Tweet Pin It 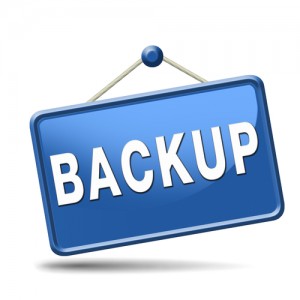 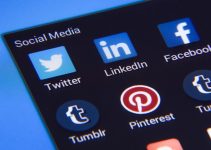 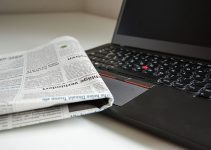