It seems that Intel has always had the upper hand in CPU development, while AMD was doggedly playing second fiddle, in terms of revenue and number of units sold. That has changed in recently years, especially in Europe, due largely to AMD’s Ryzen chips.

AMD’s company shares are on the rise

Their impressive price-to-performance ratio matched against Intel’s floundering 14nm process flipped the shift to AMD, with company shares tripling and quadrupling in some cases.

2019 could be a breakout year for AMD

Of course, competitive pricing plays into this shift quite heavily, along with the rise in cryptocurrency. Add AMD’s server market EPYC and their strong graphics sector, and 2019 sets the stage for what could be a breakout year for AMD. Their 7nm Zen2 processors should be strong actors in that dance.

In testing, an 8 core Ryzen chip exhibits favorable performance to Intel’s i9-9900K while using thirty percent less power. That’s huge as it closes the gap in that performance metric. AMD has habitually lagged Intel in single-threaded applications, which are extremely important to gamers, even more so than number of cores.

Price alone does not cut the mustard, but with AMD’s third-generation Ryzen chips, we foresee ample opportunity for AMD to undercut Intel in the price-to-performance arena going forward. If sales are any indication of shifting trade winds, then investors may be pleasantly surprised.

Sales reports are typically compiled by hardware vendors, and stores like Amazon and Newegg contribute to those numbers. AMD’s Threadripper, for example, is competing favorably against Intel’s Core i9 family in North America.

It wasn’t that long ago that Intel commanded a 98.5% server market share and AMD a measly 1.5%. How times have changed. Even so, AMD was always considered to be Intel’s single serious rival – fast forward from the Bulldozer disaster in 2011 to today’s Zen architecture. When Intel released the 1st microprocessor in 1971, it’s die was a whopping 10,000nm, about the thickness of an extremely thin strand of human hair. Today, we’re looking at 7nm technology. Folks, that’s tiny!

AMD’s Threadripper versus Intel’s i9 processor

Flooding the market with AMD processors

We now see increasing numbers of Ryzen desktop CPUs, EPYC CPUs for servers, Threadripper and Ryzen APUs for laptops AND that’s a good thing. We need competition in the processor market. As AMD introduces new architectures, it now seems Intel is playing catch up instead of the other way around. Who is going to win this war? Hopefully, consumers.

Director of Sales and New Business Development at ProlimeHost
Steve's been in the web hosting industry since 1997, helping clients optimize their online solutions from shared hosting and colocation to VPS and dedicated servers.

Latest posts by Steve (see all) 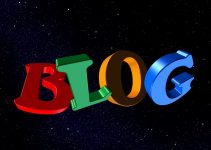 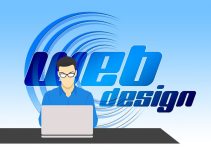