Broadband over power lines (BPL) has been discussed for decades, but just recently it’s begun full scale testing in the United States and in India.

What kind of speed are we talking about?

This is essentially a method that facilitates high speed digital data transmission (up to 1Gbps and higher) over power lines, which puts this at the top end of speeds generally offered by ISP’s worldwide.

Like DSL, different frequencies are utilized which separate their transmission from other services running on those lines. In the case of BPL, higher frequencies are used, which they share with frequencies allotted to over the air communications. And like DSL, eliminating electro-mechanical interference (EMI) is a very real obstacle that must be addressed in engineering solutions.

BPL has been tested for decades

Running radio frequencies over power lines has been used for over one hundred years, to monitor power grid performance, but only recently have there been serious attempts to provision this as consumer grade broadband Internet access.

And just as in DSL, the last mile is a critical element in the equation, as attenuation needs to be addressed (data signal loss).

Interference between radio signal frequencies and electric current frequencies is minimal on low to medium voltage cables, but spikes on high voltage cables always posed a serious impediment to broadband data integrity. Frequencies under 490kHz are typically used by utility services for their specific data applications whereas the majority of existing BPL hardware operates between 1.7MHz and 30MHz.

Of course, there are technical challenges to overcome. I remember going on a service call to a local firm that built tanks for the USA, where they experienced strange issues on their network every day around 3PM. While investigating, I discovered a huge spike on their power lines at the same time every day and traced that back to some machinery being turned on. And because power lines are typically unshielded, harmful interference was introduced.

Earlier trials took place over ten years ago, but never progressed enough to compete with DSL and WiFi. It wasn’t until recently that BPL begun to emerge as a viable contender to other broadband technologies like DSL, fiber and WiFi.

AT&T started trials in Georgia and elsewhere this week

As late as last Wednesday, AT&T started trials of high speed internet over power lines in Georgia and elsewhere, so the push is on to pursue BPL large scale. Their goal is to deliver speeds in excess of 1Gbps, which is over five times what I currently get here. When are they coming to my neighborhood?!

The outlook for BPL

They believe BPL could eventually serve consumers anywhere near power lines, not just in the United States, but globally. Commercial deployment is still on the horizon, but as this technology continues to be researched and developed, BPL could conceivably become a really big deal.

5G on the Verizon

Of course, 5G Internet services are also in the works, so expect big things coming down the pike. Most notably, Verizon intends to launch its faster broadband services in a number of US markets next year. 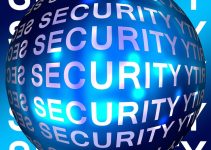 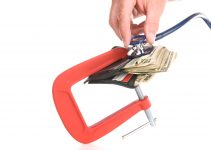 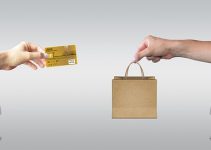