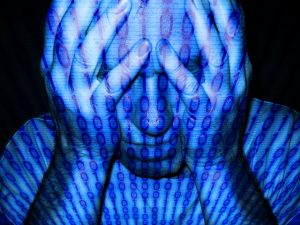 I see this topic discussed on multiple forums every few weeks or so, and the comments are almost always the same, and that is, “Don’t do it.”

While I think their entrepreneurial spirit is encouraging, the reality of successfully implementing a commercial hosting operation out of a residential setting is fraught with a number of obstacles such as price, space, noise, power, cooling, security, redundancy, bandwidth, port speed and even DDoS protection – or having to deal with RaaS.

In the majority of instances, these are intended to be provisioned as game servers. Unfortunately, in today’s world, cyber criminals target game servers with regularity, so the discussion of DDoS protection has to be considered.

It doesn’t matter if you’ve designed and set in place a really decent infrastructure, if your IP is being overwhelmed by a typical DDoS attack and you don’t have protection in place, your clients won’t be playing any games.

Even though DDoS protection can be provisioned without a requirement for software, hardware, integration or changes to your web application code (just change DNS settings), the price tag gets cost prohibitive real fast.

Some history on DDoS attacks

Seven years ago, protection from well-known providers was approximately $7000 per month for 10Mbps (95th percentile) clean traffic (and that included a $7500 setup). Three years ago, it was estimated that the average cost of a DDoS attack to a business was $40,000 per hour, with 52% requiring some sort of software or hardware replacement.

The hardest hit – information technology at 34%

A growing trend in the dark world of cyber criminals is ransomware-as-a-service (RaaS). Every business (including residential) is open to malicious users who extort ransom in the form of Bitcoins. Ransomware authors actually distribute on-demand versions of malware to distributors, who split their bounty with the majority of the funds going to the distributor.

Just recently, a hospital’s EMR system records had been encrypted and held for ransom. The cost to unlock their system – a whopping $17,000 in Bitcoins.

Servers that are housed in a commercial data center typically have multiple redundant paths or routes to the Internet via BGP so that if one carrier went down, their connection would be redirected to a different live connection. It gets much deeper than that, but you get the idea.

In a residential environment, it becomes cost prohibitive to provision more than one connection, and even that isn’t cheap. I remember back in 2001, selling two T-1’s to a local firm (for load balancing) for $2010 per month on a three-year contract. They don’t cost nearly that much today, but they’re still not cheap, and we’re only talking about a 1.44 megabits per second connection.

I was with a small ISP in 1997 where a UPS driver knocked a T-1 cable ever so slightly out of place, taking their entire network offline. Most residential setups are not physically secured, so the probability for mishaps, just by default, increases.

What about power redundancy?

Sure, you can probably find space to add a couple of circuits to accommodate your rack, but what happens should you lose power? Data centers have UPS systems and diesel fuel generators that activate in seconds to keep their clients online.

A branch falls across a power line in your neighborhood and poof, your network is down. There were straight line winds in Saint Louis a few years back that took out thousands of trees and caused widespread power outages. The data centers there remained online, but thousands of residential neighborhoods were without power for a week.

If you’re considering setting up commercial hosting in a residential setting, be ready to spend big bucks to be even remotely comparable to traditional hosting offered by providers housed in data centers. 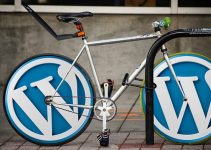