Home
Around The Web
Global Warming, Climate Change and the Hosting Industry. Must Read 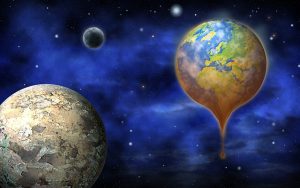 It’s so easy to put off global warming and climate change as some kind of government hoax, but the reality is that warming temperatures have already set in motion growing threats to food sources, the scarcity of water supplies, raising sea levels, gross national product, global security – and yes, the hosting industry.

Until we start planetizing Mars, all of us are forced to live on this planet, including our children, grandchildren and their descendants. We really don’t have the option to wait and see, especially with growing scientific evidence that should worry all of us.

The time is now to slow down manmade change

We can’t do much to alter evolutionary change, but we can surely slow manmade change to alter or at least slow down the trajectory we’re hurling toward, and that isn’t pretty. Going green is one answer, and we’ll address that later as it pertains to hosting.

Food shortages are an inescapable fact

Higher temperatures and less water not only affects food production, but it also affects its processing, packaging, storage, transportation and consumption. In a world of supply and demand, when supplies decrease, prices increase. Some states and regions are better prepared to adapt to climate change in the short term, but poorer regions will suffer as warming continues.

This doesn’t just affect corn, wheat, soybean and other crops, it affects livestock too, like chicken, pigs and cattle.

Does global warming affect global security? Of course it does!

In a world that includes its share of underdeveloped countries, any external forces like global warming and climate change exponentially threatens governments that are already fragile. Does the Pentagon take this into consideration when formulating contingency plans? Given that some the most vulnerable regions are in the Middle East, Asia and Africa, this absolutely lends itself to national security concerns.

Anyone who follows current events knows that water is growing scarce in states like Nevada, New Mexico, Wyoming, Utah, California and Arizona. Lake Mead and the Colorado River Basin are being rapidly depleted as I write this. These supply water to millions of people in that region. What happens when it’s gone?

Globally, the scarcity of water leads to populations drinking more and more from contaminated sources, increasing the likelihood of waterborne diseases like typhoid fever and giardia. Without water to irrigate their crops, food supplies dwindle, leading to increased starvation.

What happens when sea levels rise?

I think a lot of folks are confused about predictions of rising sea levels, some still disbelieving and others trying to sound the alarm, but the facts are the facts. By the end of this century, water levels could be as much as two meters higher. We’re already seeing changes in tidal patterns and rising seas will lead to salt water contamination of fresh water lakes and streams.

We’re not just talking about ice melting, but what happens to water as it rises in temperate. Think back to your science experiments. When stuff heats up, it expands. If sea levels do rise two meters, this will by default force millions of people inland, straining the resources of existing communities.

And on to the hosting industry – what can we do and how are we affected?

There was a thread on WHT recently where a member asked about green hosting, and not one member was able to recommend a provider that they deemed genuinely green. In fact, many members saw green as a gimmick, a marketing ploy. In reality, green does exist, at least in terms of offsetting practices that negatively impact the environment.

Still, the debate over carbon footprints rages on. Essentially, a zero carbon footprint indicates that a hosting provider would not contribute to carbon pollution in return for the energy they consume.

As an industry, what could webhosting providers do to lessen the impact on our environment?

They could purchase wind, thermal and solar generated power, plus procure recyclable materials when constructing their data centers. Something most providers could do is use lower power, more energy efficient servers.

Buying hardware from environmentally aware manufacturers is a good start. How do they handle their waste? Is their discharge water treated? Do data centers use backup generators powered by natural gas or diesel, and how is that exhaust vented? 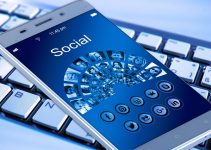 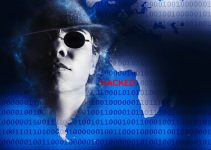