Ok, we all know that power is a huge consideration in building out or maintaining a data center. A 1MW data center consumes 177 million kWH, worth approximately $17 million dollars over ten years, at $0.10 per kWH. So it should be no surprise that energy costs have become the second highest expense for data centers.

We’re already seeing more and more relocations and outsourced applications, primarily to reduce power expenses. During the next five years, it’s projected that one in four businesses will experience a significant business interruption. Couple that with the explosive growth of data. 161 Exabytes of data were created in 2006, which is approximately three million times the information of all the books ever written. Imagine where we are today.

Going back a few years to the dot com boom and subsequent collapse, a lot of space suddenly became empty and available for pennies on the dollar. Millions of square feet of space that was built out to a specification of 100 watts per sqare foot was sold at bargain basement prices to enterprises seeking regulatory compliance. That space is long gone.

New data centers need 200 to 400 watts per square foot to be competitive. Unfortunately, local utilities are unable to deliver power in some markets, as the costs of producing that energy has quadrupled in the last few years. How do you combat unmanageable power expenses? Many companies are colocating to data centers in less expensive power areas, for example from the West or East coast to the Midwest. Many are seeing significant drops in price per kWH.

Fluctuations in rack pricing follows suit, from $400 for low KW sites to over $1500 for high KW sites (not including power). Cooling those racks adds another dimension of expense. Data centers are increasingly offering shorter term contracts to leverage clients for pricing increases at renewal.

A single CPU processor can consume as much as most standard light fixtures). Older data centers were designed to support four kilowatts per rack, but current requirements can be significantly higher. Cooling all these servers adds an additional expense.

What is the cost to build a new data center?

What about other complications, such as lead times?

A typical lead time to build a top tier 200W per square foot data center is one year (75,000 sq ft and up). Consider lead times for a UPS, generators and PDUs. Add time for land acquisition, design, permits and build-out. 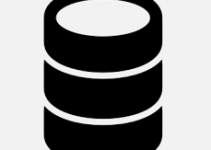 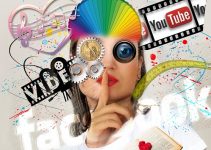