Home
General
Ten Security Apps for Linux Dedicated Servers. Do you have them? 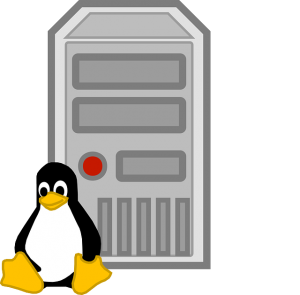 Security is vitally important going forward in 2016 as cybercriminals have demonstrated over and over again their relentless pursuit to disrupt the hosting industry and all things Internet related. There are certainly many more apps we could list here, but these ten are at the top of the iceberg in popularity and functionality. Let’s start with:

Some features of ClamAV

Rootkits are a malicious set of software tools that enable cybercriminals to gain control of a computer system without being detected. This app is a tool that enables you to check for signs of a rootkit. How does it do that? By testing applications like:

It checks for signs of LKM Trojans, utmp deletions and lastlog deletions (plus others).

This is a privacy guard app facilitating secure data storage and communication. It essentially does this by encrypting, then signing data so others can determine its authenticity. As a command line tool, it easily integrates with other applications. It supports DSA, Elgamal and RSA public key algorithms, plus symmetric algorithms like 3DES, Twofish and AES. Add compression algorithms like ZLIB, BZIP2 and ZIP, plus digest algorithms like MD5, SHA-1 and others. It features:

As a Linux firewall distribution, this app is designed for home and SOHO users. As such, it has a task based user friendly interface. It offers:

Tripwire assists businesses to successfully automate the hardening of security on their servers, network devices and databases, continuously monitoring the integrity of those systems.

It’s a free data integrity and software security tool that is useful for monitoring and alerting administrators to specific file changes, functioning as a host-based IDS.

This app analyzes the sshd server log messages, then determines what hosts are attempting to hack into your system. If you want to know what user accounts are being targeted, it does that as well. Its goal is to stop brute force attacks on SSH servers. It does this by monitoring invalid logins, then blocking the originating IP’s.

Some of its features include:

It also keeps a history of all host, user and suspicious logins encountered

iptables is a user space command line program used to configure the Linux 2.4.x and later packet filtering ruleset, which was primarily designed for system administrators. Network Address Translation (NAT) is configured from the same ruleset, so iptables is used for this as well.

Some of its main features are:

This app is a security auditing tool, making it possible to test security modules so that vulnerable spots can be identified and fixed.

It’s set up as a server and a client in two separate parts. The server/daemon, nessusd, is in charge of the attacks, and the client, nessus, provides the user with an X11/GTK+ interface.

This app is a firewall manager built on top of iptables. Its configuration is easy to comprehend, which allows it to work well in simple and complex configurations. Fully configurable through an Ncurses GUI, it facilitates secure remote admin via SSH or on the console.

Vuurmuur allows admins to look at logs, connections and bandwidth usage in real-time.

Some of its features include:

This app is a Unix-based tool that scans for backdoors, rootkits and possible local exploits.

It was written to be as generic as possible, so that it could run on most Linux and UNIX systems. It is provided with some support scripts should certain commands be missing from the system, and some of these are Perl scripts. 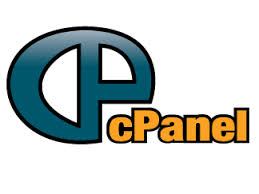